The trailer of one of the most anticipated films of the year, PM Narendra Modi was launched

Producer, Creative Director and Story Writer Sandip Ssingh said, “This is a very special film to everyone who has been a part of this journey. It is an emotional moment for me, I am very happy and overwhelmed with the fact that the trailer has released today. We are bringing this film a week early on public demand. We are now looking forward to the release.” Director Omung Kumar,” Directing a biopic is always a great experience, but the biopic being of a man like our Honorable PM Narendra Modi was inspiring. While shooting the film, each day we realized and experienced the amount of love this man has from the people. This was once in a lifetime experience for me.”

Actor Vivek Anand Oberoi added,”This film has been the most exciting yet difficult journey for me.Playing the part of the serving Prime Minister of our country is a challenge in it self. Nobody can ever get into his shoes, Mr Modi is the Hero of the film and Nation. Me and the whole team working on the film has just tried our bit to show the inspiring journey of this common man.”

Directed by Omung Kumar, ‘PM Narendra Modi’ the film will traverse the journey of Narendra Modi from his humble beginnings to becoming the Prime Minister of India.

Producer, Creative Director and Story by Sandip Ssingh. Produced by Suresh Oberoi and Anand Pandit the film will release on 5th April 2019. 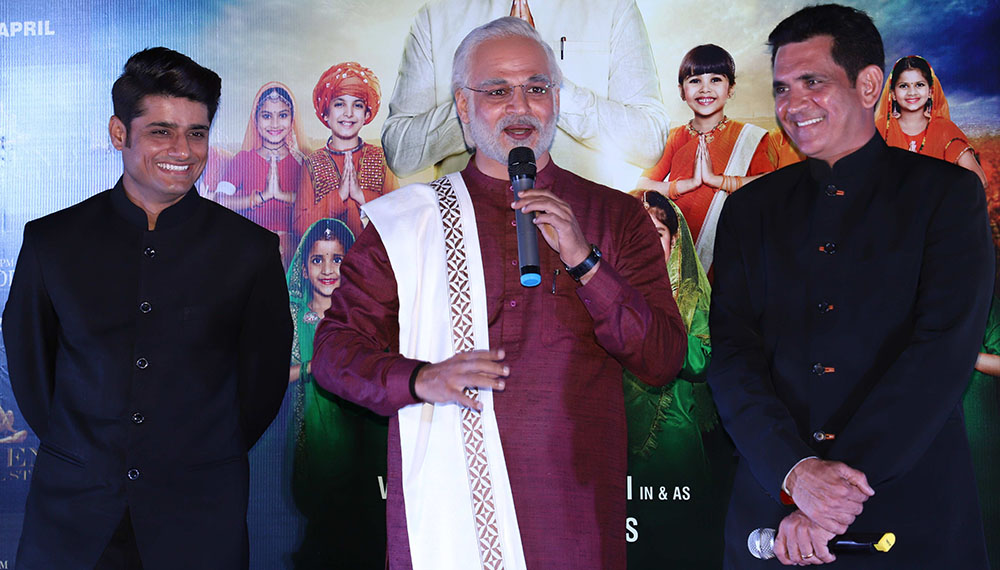