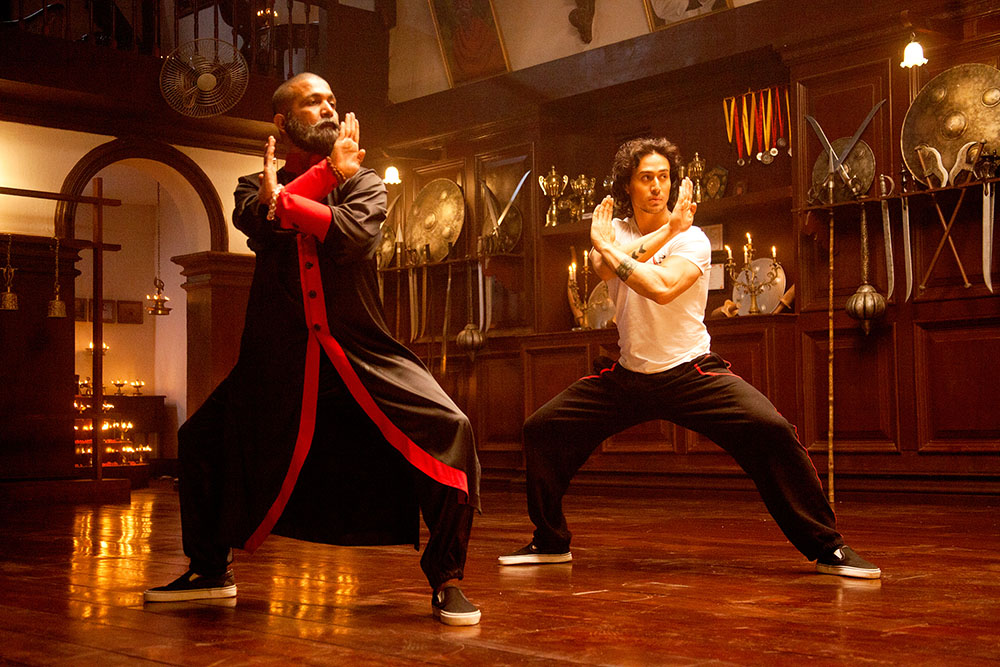 Tiger Shroff’s recent revelation of the fact on how Kung Fu was originated in India has caused people of China to react in a strong manner!

Shortly after Tiger’s statement was learnt by the Chinese people, they have started writing to the makers of Baaghi, director Sabbir Khan on their respective social media platforms raising several questions against the actor’s statement.

This particular incident seems to have created an entire debate on the fact, Kung Fu one of the most popular form of martial arts was infact originated in India! Recorded history also states that Kung Fu, as an art was originated from the teachings of an Indian Buddhist monk, Bodhidharma, who arrived in China from India in the 6th century!
The actor also mentioned that he strongly feels that Bodhidharma most definitely brought a form of martial arts with him, most likely Kalaripayattu, and transformed the newly formed Shaolin temple and the Buddhist monks settled there into dedicating themselves to Kung Fu and becoming a warrior elite whose fame spread throughout China and then all over the world.

Director Sabbir Khan further added, “We have received several questions on this matter, its but natural for this entire debate to arise as from centuries Kung Fu has been established as a form of martial arts which was born in China”

Paralley, other consultations on this fact have been stating that how the Chinese people have sort of abducted the art form and since then and have been introducing the skill as theirs!

Tiger Shroff who is known to be an exceptional marital artist himself has stunned everyone with his potentials that were shown in the trailer of Sajid Nadiadwala’s upcoming release.