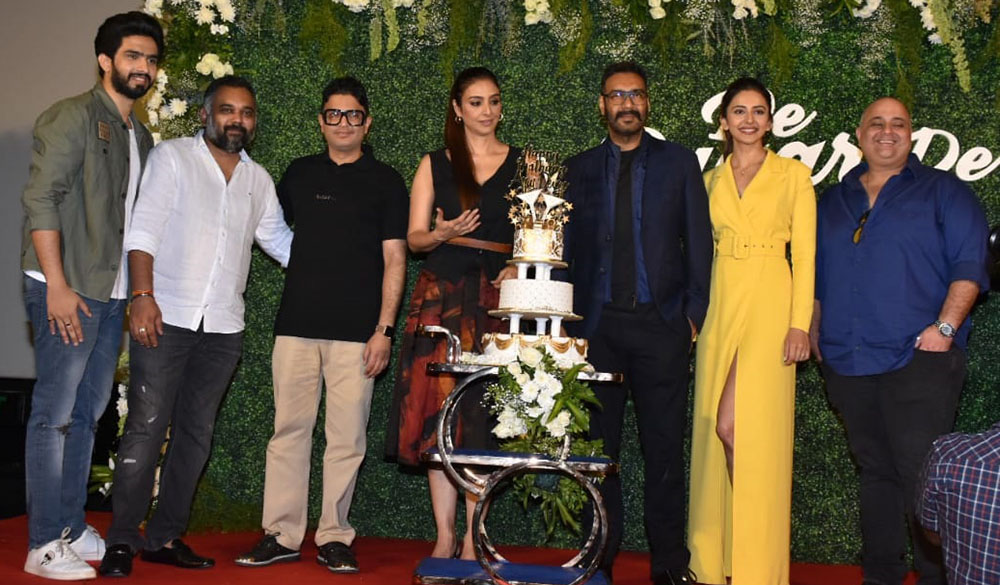 marked a momentous day for the entire team of the film ‘De De Pyaar De’ as they gathered to launch the trailer of their movie on the occasion of Ajay Devgn’s birthday. The much-awaited wholesome family rom-com stars Ajay in a unique pairing opposite actresses’ Tabu and Rakul Preet Singh, who were present at the event .

What made this launch even more memorable is that Ajay’s on-screen and off-screen age were alike . Today’s event was also attended by Ajay’s fans who travelled from different parts of the country for the dual celebration. ‘De De Pyaar De’ marks the directorial debut of Akiv Ali, who was present at the event and said, “I could not have asked for a better debut. Shooting De De Pyaar De with the stellar star cast of Ajay, Tabu and Rakul has made this journey extremely delightful. It’s a double celebration for us to launch our trailer on Ajay’s birthday and we are glad to share this with the audience.”

‘De De Pyaar De’, a rom-com for all ages is slated to release on May 17th. It is co-produced by T-Series’ Bhushan Kumar, Krishan Kumar and Luv Films’ Luv Ranjan and Ankur Garg, following the success of ‘Sonu Ke Titu Ki Sweety’ last year.